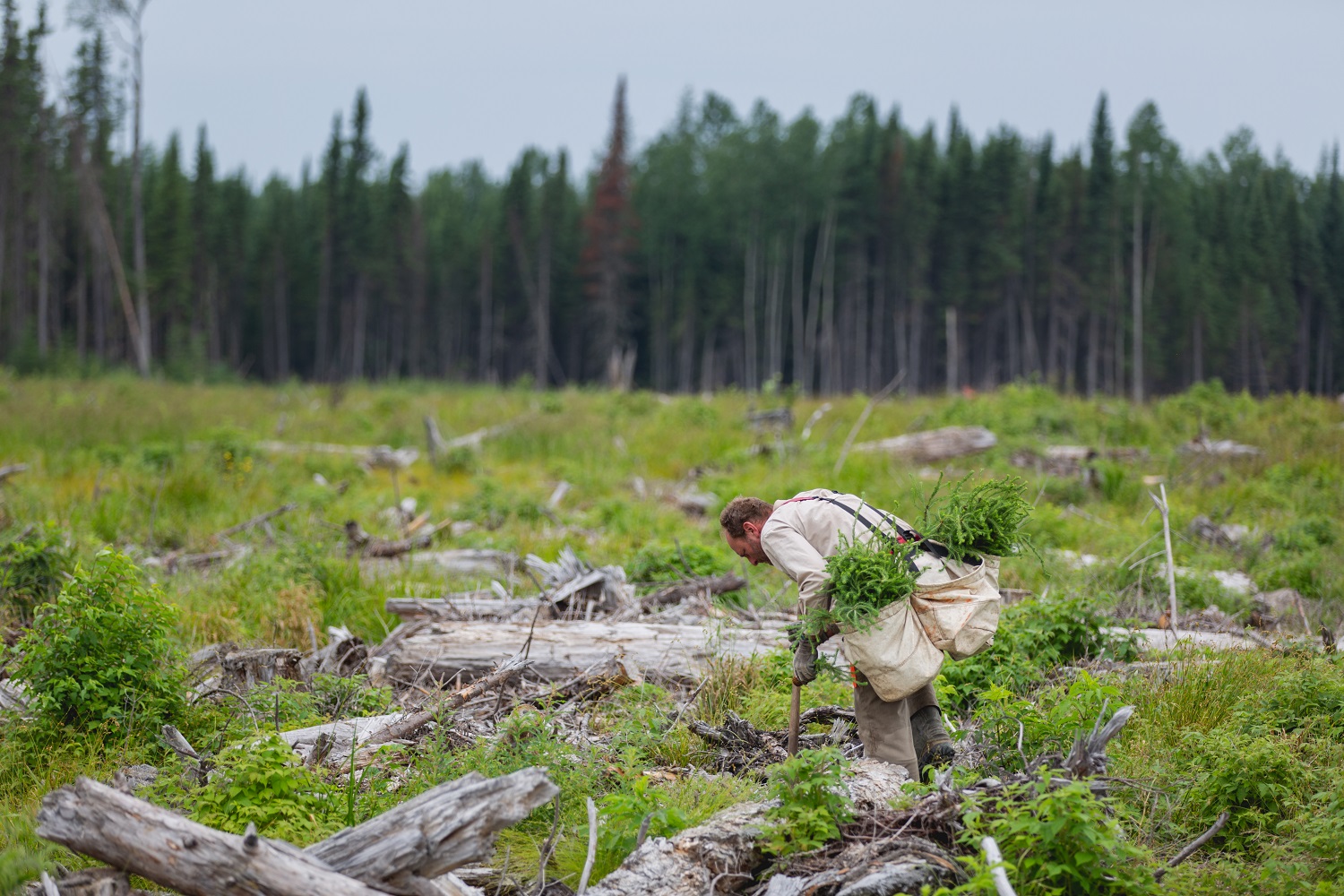 So, what do sustainably manufactured office chairs have to do with Earth Day? Well, the connection starts with a senator from Wisconsin and a nation that was ready to listen to the environment. 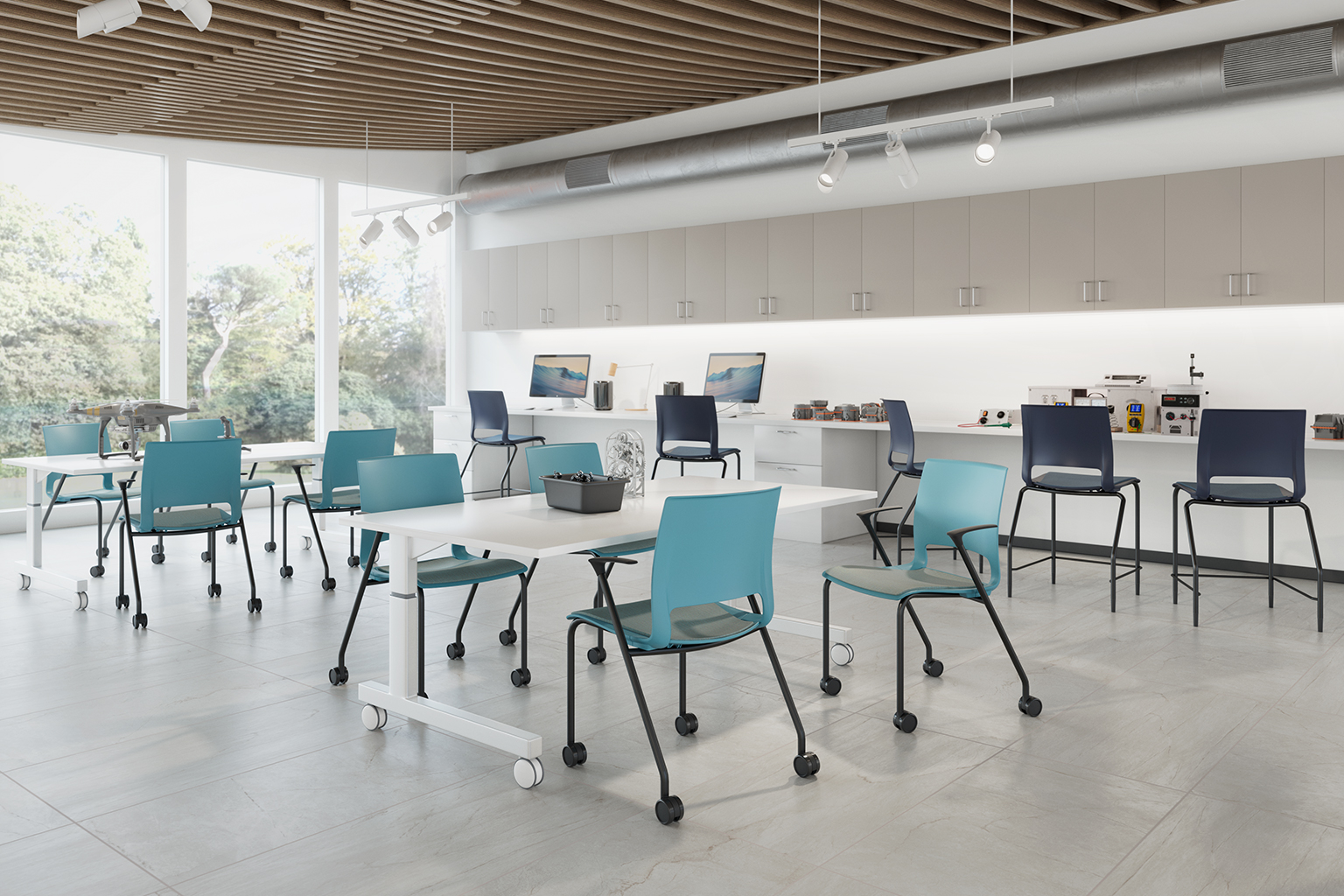 It was the ’60s. A time of significant change – the civil rights movement, war protests, a space race, and geopolitical tensions just to name a few of the more popular topics. But it was also the beginning of public awareness for the environment and living organisms in a different way than ever considered by previous generations. A junior senator named Gaylord Nelson had been concerned about the impacts of industry on the environment in the United States for a while now, and then it happened. In January 1969, he and many others saw the devastation caused by an enormous oil spill not far from 9to5 Seating’s future home, off the coast of Santa Barbara, California. This disaster proved to be the pivotal moment that generated a groundswell of interest in the idea of proactively protecting the environment, and sparked a grassroots movement that would lead to the founding of Earth Day in 1970.

Supported by over 20 million Americans, the creation of Earth Day was an event that brought out the best in humanity. It was a unique alliance between Republicans, Democrats, rich and poor, urbanites and farmers. There was broad, non-partisan support for the concept of protecting our common home in the universe. In fact, the Earth Day movement led to the creation of the EPA, National Environmental Education Act, OSHA, Clean Air Act, Clean Water Act, Endangered Species Act, and the Federal Insecticide Act. Collectively, these laws have protected millions of people and brought about a consciousness for protecting our world, which in turn, has helped spark a desire for many corporate citizens to also do their part.

Enter 9to5 Seating. Going back to the family roots as a company, we believe in the principles of Earth Day. So how does 9to5 Seating practice this with more than just a “feel good” corporate statement on sustainability? It starts with an intrinsic commitment to do business the right way, and it follows through with industry-leading certifications and partnerships which prove out 9to5 Seating’s desire to operate with respect for our planet. Certifications include:

In addition to these prestigious partnerships and certifications, 9to5 Seating offsets its energy consumption with wind generation credits. Check out our production in real-time here. 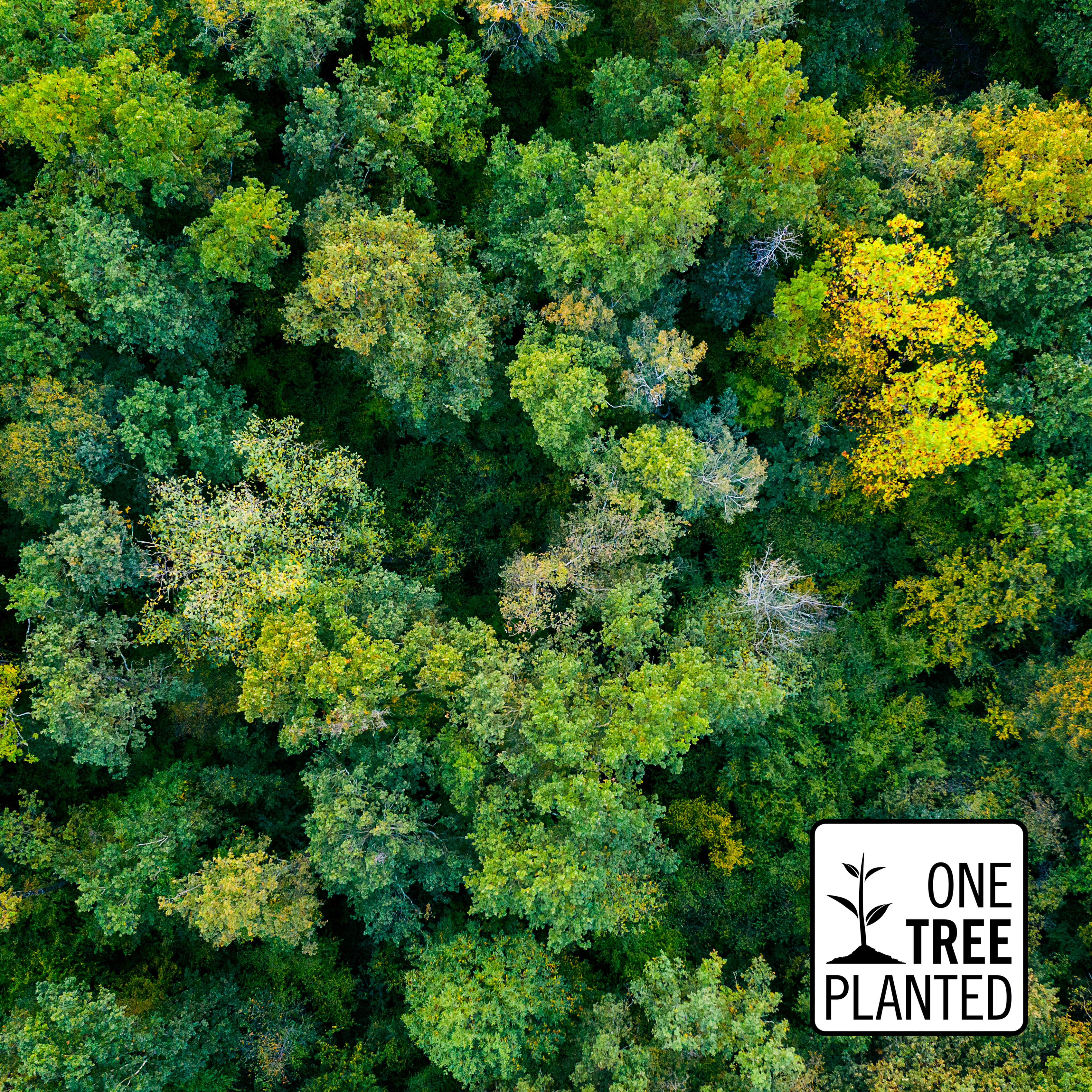 Beyond these sustainable manufacturing initiatives, 9to5 Seating is also proud to partner with One Tree Planted, a 501(c)(3) non-profit that focuses on reforestation by planting one tree for every dollar donated. This organization is doing measurable reforestation work, including right here in California where 9to5 Seating is headquartered.

At 9to5 Seating we manufacture the best chairs and seating products in the industry, in a way that we can be proud of as corporate citizens and individuals. Learn more about our sustainability initiatives here. Happy Earth Day 2022! 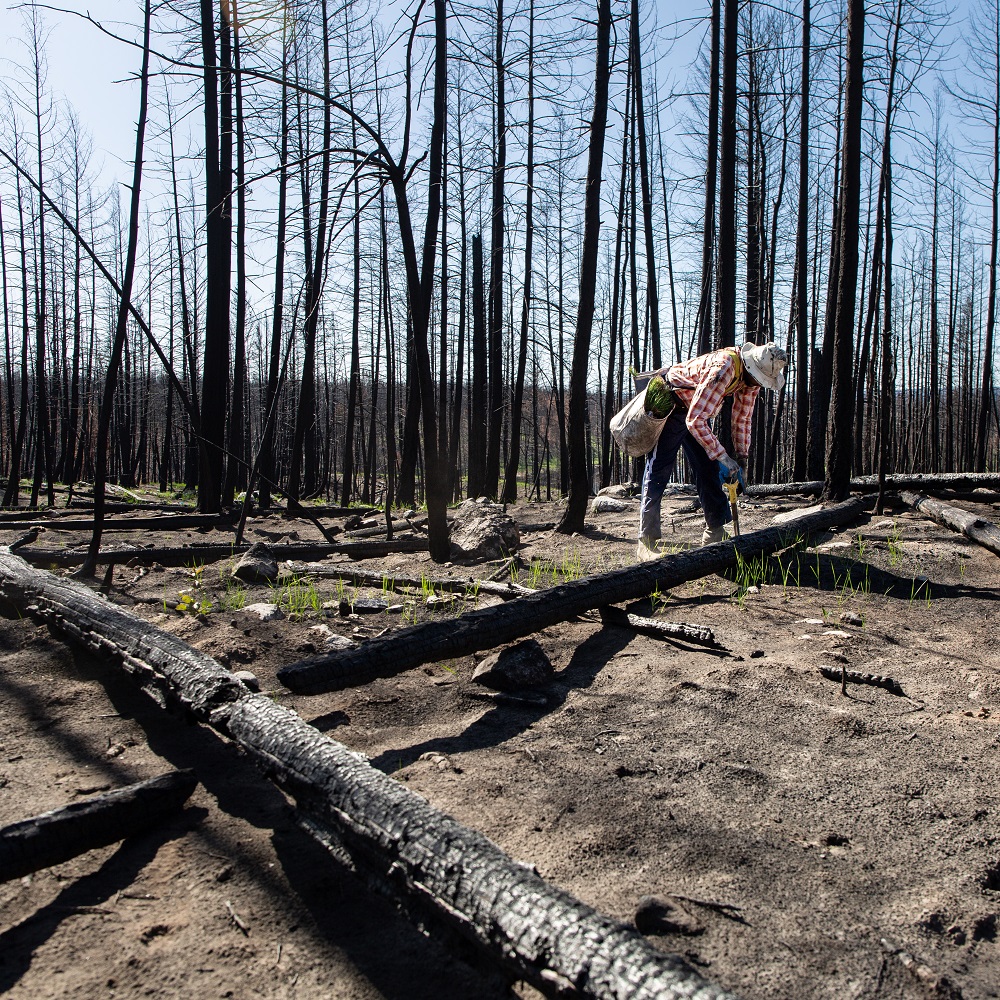 9to5 Seating is partnering with One Tree Planted, a 501(c)(3) nonprofit that focuses on reforestation around the globe by planting one tree for every dollar donated. With a long-time dedication to sustainability, 9to5 Seating will focus its donation and efforts on reforestation in California, where the company’s headquarters is located and where deadly wildfires have impacted numerous communities in recent years. 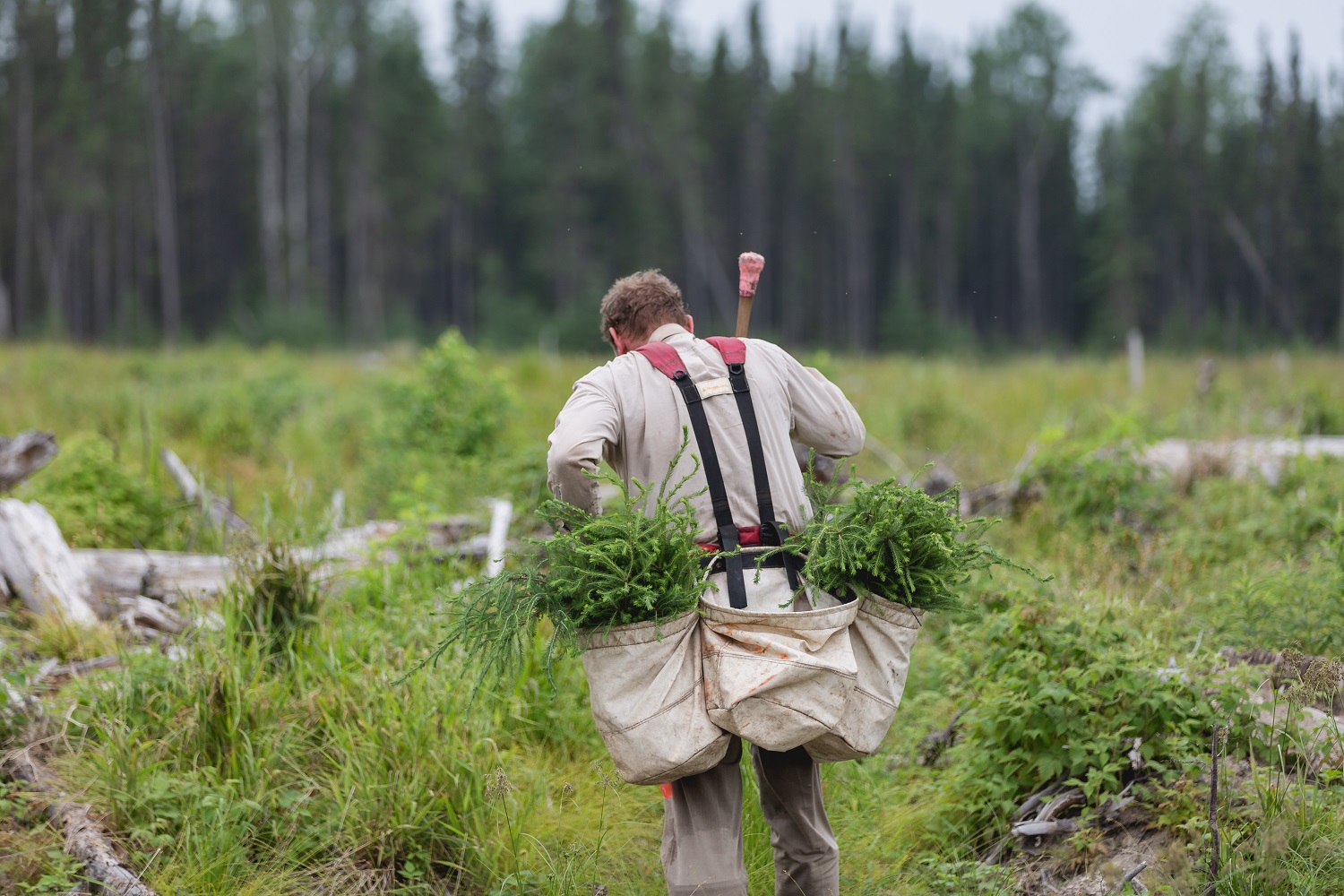 One Tree Planted teams with individuals and organizations in more than 43 countries including The Jane Goodall Institute, to plant trees and restore nature and biodiversity. The trees are planted by local partner organizations and community volunteers in areas where there has been deforestation. They also raise awareness about the importance of trees and motivate younger generations to do something positive for the environment. The organization has doubled the number of trees it has planted since 2014 and enables its partners to choose a region of focus for its efforts. 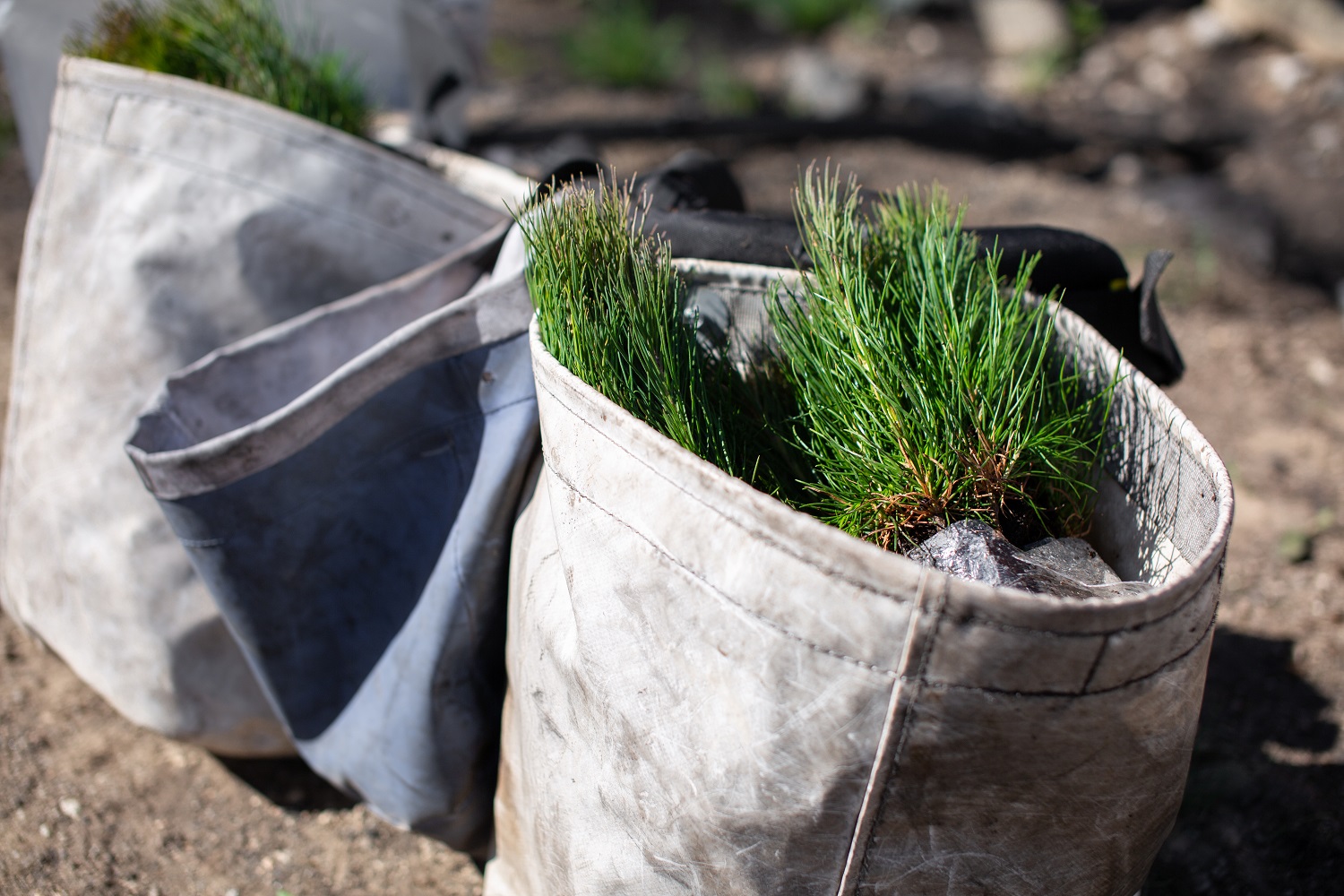 “We’ve seen the devastating impact of forest fires too often in our home state of California, which is why it was so important to us to partner with One Tree Planted,” said Dara Mir, President and CEO of 9to5 Seating. “We’re committed to sustainability at every opportunity, and teaming with this impressive organization will enable us to make an even greater impact.”

9to5 Seating is committed to sustainable and environmentally responsible business practices. This global perspective is endorsed and executed throughout every aspect of our corporate culture, and within our warehousing, manufacturing and office facilities. We are proud to demonstrate our commitment by offering GREENGUARD GOLD Certified products, participating in the U.S. Environmental Protection Agency’s Waste Wise Program, achieving LEED® NC Gold Certification for our corporate headquarters facility and achieving LEVEL®, BIFMA’s sustainability certification program for furniture. To learn more about 9to5 Seating’s sustainability efforts go to 9to5seating.com/sustainability.

With an array of options available on the market today and recognizing that individuals and organizations are now outfitting home office environments, BIFMA seeks to help all consumers make confident furniture buying decisions. The registry is a resource for both specifiers and buyers to quickly identify quality products that comply with safety and durability standards.

The new BIFMA Compliant program complements the existing LEVEL Sustainability program and further establishes BIFMA as the resource for the furniture industry.  Both registries run on an ecomedes platform designed to optimize product purchasing.

The remaining 9to5 Seating chairs are scheduled to be BIFMA Compliant by end of 2021.

Follow Us
9to5 Seating is part of the Flokk Group

By submitting this form, you are granting: 9 to 5 Seating, 3211 Jack Northrop Avenue, Hawthorne, CA, 90250, permission to email you. You may unsubscribe via the link found at the bottom of every email. (See our Email Privacy Policy (http://constantcontact.com/legal/privacy-statement) for details.) Emails are serviced by Constant Contact.